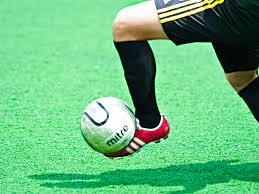 Regardless of the age of player you are coaching, ball control is a key aspect of developing football players for any position or level of competitiveness. Feeling like a player is also important and is why even when taking part in training you will find football players of all abilities dressed in some form of football kit. These don’t have to be incredibly expensive and  Discount Football Kits can be found from stockists such as https://www.kitking.co.uk/

Here are some tips to help you in coaching players, especially beginners, to help develop ball control skills and technique.

Focus on the first touch

While dribbling and other aspects of ball control are important, everything starts, quite literally, with the first touch. Without developed first touch skills, the ball will often bounce wildly and become impossible to manage, no matter how accomplished other handling skills are. This means players can often lose control of the ball to the opposing team.

Spend extra time developing exercises focused on first touch, even if just basic ‘first touch and pass’ drills. This will help to develop the skills and confidence in these areas.

One easy to overlook aspect of ball control, especially correct first touch, is the correct fitting kit. Undersized or ill fitting kits restrict movement, making what should be easy next to impossible, while oversized kits can catch and make accurate touches difficult. This is why you should always purchase your kit from a reputable stockist. It can be difficult to keep players engaged while drilling, especially when working with younger players, so after practicing a technique, bring in a game, such as a simple ‘receive and control’ drill to reinforce the skill and keep players engaged. Players often learn quicker from a real game situation rather than repeatedly taking part in drills that are then hard to replicate in the fast paced game situation.

For the receive and control drill, for instance, two pairs of players need to pass the ball between them, through a defending pair positioned between them. The drill emphasises first-touch control, as the players at either end need to be able to pass and control the ball quickly in order to successfully outmanoeuvre the defenders.

Familiarise yourself with common mistakes and corrections

One of the best ways to avoid player frustration while learning and to maintain the flow of a session is to ensure that you are familiar with common ball control mistakes, so that you can identify what a player is doing wrong and give easy to follow advice to correct it, without a lot of guesswork or trial and error.

For instance, if a player has trouble deciding which surface or which sort of touch to employ, set up a drill where the player calls the surface they will use, and a pass is provided to be received on that surface. This can be a fun and engaging way for players to build confidence and break past a bad habit.